A downloadable game for Windows, macOS, Linux, and Android

Dark times are coming to the Elven Kingdom of Queen Elanil...

Play through a kinky adventure featuring lots of elves (and now humans!) getting soundly spanked!

This release contains the prologue, chapter one (the Academy) and chapter two (Stonehold)

This release contains the prologue, chapter 1 and chapter 2 — it's free! See the rewards if you want to support ^^

Support this game at or above a special price point to receive something exclusive.

Support the development of the next chapter and get a personalised picture featuring the main character or the princess spanking or being spanked by any character of your choice (including OCs or any other character, not just from the game itself)

You also get the previous tier reward, of course.

Support the development of the next chapter and get to collaborate with Kalidwen to create and name an NPC that will appear in the next chapter of Elven Kingdom (scheduled for May 2022). This character may appear in spanking scenes if you wish and can be of a variety of fantasy races.

You also get the previous tiers rewards, of course.

You don't colour the characters on purpose?

Do our previous decisions matter? (For example, the judgements we make in the prologue, or our academic performance. )

Could you help me this part ? It said that i need to eight runes , but i can not find it

Yes, the translation is planned and in progress! I would have preferred to have it done by the time it came out but it is sooooooo much work that I just decided to release the English version first.

thank you very much :)

Is it possible to lose at the end of chapter 2?

No, but maybe I should add the option?

Thanks for replying. It would be great to have PC lose at the end of chapter 2, only to be saved by Spymistress.

Please help me solve this part

"I can only live where there is light, but I will die if it shines on me"

The answer is "shadow" without the quotation marks

best game ever ... i can't wait for the next chapter

i need 8 more scenes to complete my album ... can you help a perfectionist spanko out 😅

I think I'll need to put a guide together, especially now that there are quite a lot of scenes to get! The ones marked "secret" are usually to be found within the "hidden object" sections (where you have to highlight stuff in the background)...

The first image of ch2 will only appear if you have saved a certain someone in the forest and then get to Stonehold (bit convoluted, I'll admit!)

that would be great ... thank you very much for responding and for making this great game .... and special thanks for the apk .... android spanking games are very rare ❤️🍑

is this all about spanking and no fucking? I just downloaded the game and I dunno what to expect.. I hope someone answer my question thanks!

It's just spanking for the moment!

Hey can we fuck the characters while spanking?

Not at the moment, no

Interesting, I don't Believe that the "Turn off X/m?" Content Pop Up,  Was there Before. I am Not Against that At all, Since it is there to Respect the Player's Preferences. In fact, I kind of Wish there were More Times I saw something like that. and Being someone who Is More preferential to  X/f Than X/m I can Certainly Appreciate that. ^ ^

Darn, the new update breaks compatibility with joiplay so i can't play the game on my phone for now :< hopefully this is eventually fixed, but for now I'll still gladly play the new chapter on my laptop

apk up! Playtesters have been able to make it work with no issues

Woo! I may have already played through the update on PC, but I'll gladly do it again in the new Android version haha

Simply the best spanking games I've ever known, period. Can't wait for the next chapter!

this was amazing! there were a few typos but good lord this was a great game, My playthrough I chose Ly'dele btw, but yeah this was quite enjoyable, I hope you plan to continue!

Hey, glad you liked it! The next chapter is coming in a few days, so you won't have long to wait ^^ Hopefully, the typos have been fixed by then, but if you spot some, feel free to let me know!

I believe it was "shadow"

amazing game i love it very entertaining and great story . thank you

Hooray! An update will be released tomorrow! You can already start counting down!)) I'm in awe and looking forward to the update))

Yay can't wait, I'll be glued to this page all day waiting lol

Love this game. Any word on when chapter 2 is coming out?

is there a guide or anything to help me progress?

You should go to the forest (in the middle), then go to the tavern (on the left), and that should get you on the right track!

alright, will do.
thank you!

Interesting game, but I have a few questions.

You don't colour the characters on purpose? (It's like playing with ghosts.)

Will there be adult content in the future? (I found two scenes.)

Do our previous decisions matter? (For example, the judgements we make in the prologue, or our academic performance. )

Do I get to fuck these elfs?

Realy greate game! Since yesterday its may 2022 ;) Is there already a more concrete release date? Cant wait for Chaptor 2.

I haven't started playing yet, but I already like it. I really love these games and I would like to have the choice of such scenes myself, for example, the character asks someone for punishment, checks someone's strength or wants to pass the time, etc.

This very good, but you can think about android, please? This game is cool.

The best spanking VN i've seen so far. It opens up with "Elven Kingdom - A Spanking Adventure" and this is exactly what you get. The amount of different Characters and "Story-events" ;) is remarkable, also the overarching story is really fun and interesting. Basically, if "spanking" is your thing, you have to give this a try. Looking forward to Chapter 2.

I originally wrote this as a comment then realised there was a proper place to write reviews so deleted my comment and wrote it as a review instead and now can't work out how to read other peoples reviews even though I can see that there are five others of them so I'm putting mine back as a comment again -sorry all.

Just finished my first playthrough of this amazing game. I've never seen a game based around spanking before and I'm so glad that the first one I've found is of such high quality. The backgrounds are nothing short of stunning, a lot of them have moving elements to them as well so aren't just static images.

The game contains music and sound effects along with many, many spanking scenes of some of the most beautiful Elven girls you will ever see and lots of written dialogue and multiple storylines that are just as interesting in their own right and a few mini-games. The dialogue on each page is kept short and to the point with most pages containing just a single line of text so you're not constantly trying to read through walls of text and because of this the game flows nice and smoothly and quickly.

Stats wise it took me around 3 hours or so to complete my first game and I unlocked 35 out of 75 gallery sections (some sections contain a single image and some of them contain multiple images) The game is like the old "Choose your own adventure" books with the player being offered multiple choices and the results and situations change depending on the choices you make (you can even name your main character who I called Saracen which as I played seemed to fit her very well), so I would estimate that in order to even have a chance of opening all of the gallery sections you would need to play the game a minimum of three times, which I don't think would be boring at all and indeed shows just what good value for money the game is if you decide to get it.

All in all I think Kalidwen should be commended on an outstanding job and if you are interested in FF or MF spanking this game is well worth every penny of whatever you choose to pay for it, I personally paid $10 and after just playing the prologue alone felt compelled to come back and sign up for the $50 tier in order to show support for the game and have my own character feature in the next chapter and now I have completed the game I don't regret that decision at all and am already looking forward to my second playthrough which I'll do in a couple of days. Thank you Kalidwen for a unique and fascinating game. 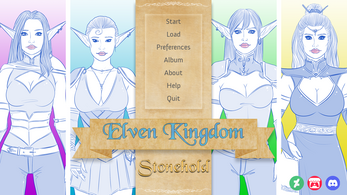 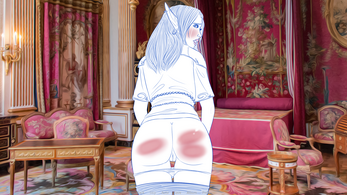 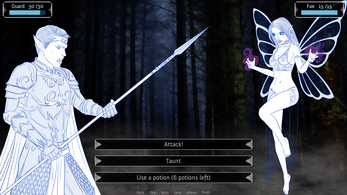 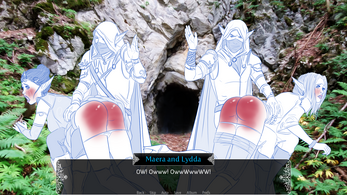 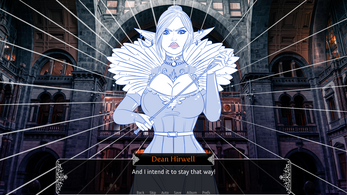 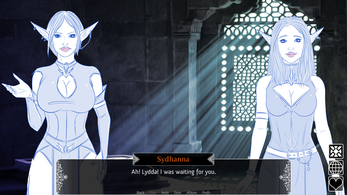 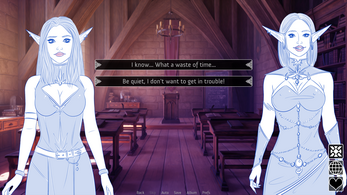 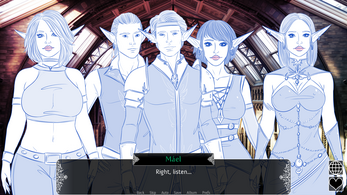 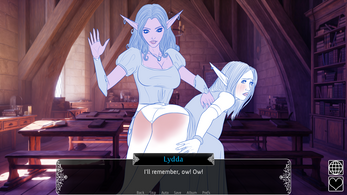 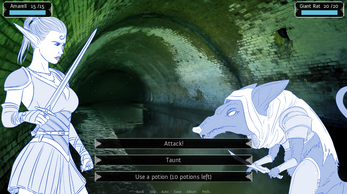 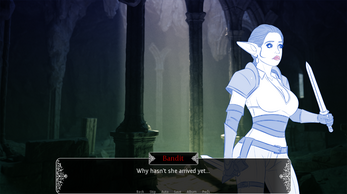 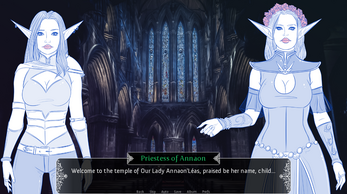 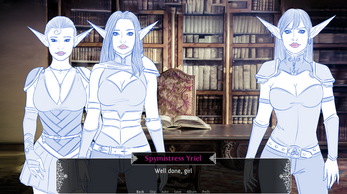 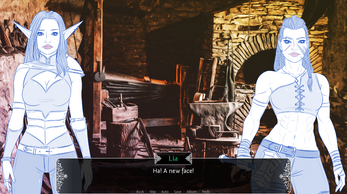